Trends and opportunities in the news industry 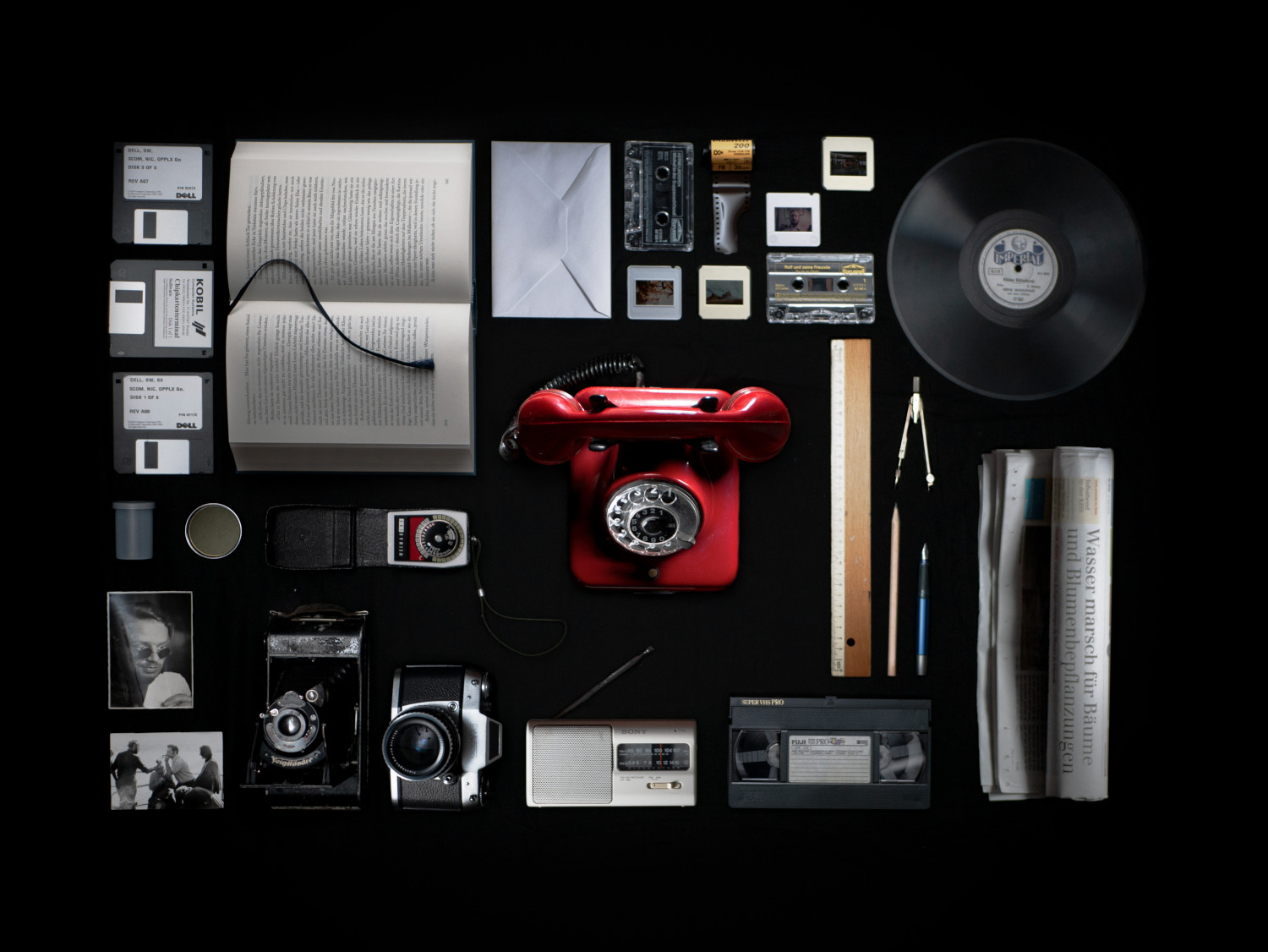 As I’ve been exploring AI-driven event prediction, most of my effort has been focused on building a way to track current events and news. From this perspective, it’s interesting to see how the news industry and content creation is evolving and where it might end up.

Content creation – particularly long-form and investigative journalism – is expensive, while dissemination of news can be quite cheap. While we bemoan the decline of newspapers, some companies are investing heavily in the creation and dissemination of content. Over the past several years, we’ve seen companies like Vice, Buzzfeed, Vox, Cheddar, and more launch. While many have also struggled financially, there is a certain allure and promise to this space, attracting players both big and small. Just a few weeks ago, Apple launched News+ and had 200,000 people sign up within the first 48 hours (that alone will generate about $2M/month in gross revenue). If you consider content creation and data dissemination in the business space, companies like Thomson Reuters and Bloomberg also represent major players with extremely healthy revenue models, and ones that are very different from traditional “write, publish, and sell subscriptions or ads” consumer models.

The goal of this post isn’t meant to provide an opinion on where the space is going or what my own point of view is. Similar to my writing on drones, it’s a list of ideas and thoughts I want to return to in the coming weeks or months. Finally, for the sake of clarity, I look at “journalism” as the creation of factual or investigative content related to current affairs. As such, I don’t delve into brother media trends.

First, here are some developments and trends in the space.

Niche news communities. If you think about The Information (tech news for Silicon Valley), The Logic (city-based tech reporting for Toronto), or Stratechery (tech strategy), you’re seeing longer-form content that tries to create subject- or geography-specific news communities. Subscribers pay relatively large amounts to subscribe (especially when compared to the amount of content more traditional news sources generate), are vetted before they can comment, and have their real identities tied to their posts. Relative to the number of articles published, these communities are expensive but they also focus on a combination of events, chat channels, and other offerings to focus on building expertise in the subject matter they cover.

Bullet point-ification of news. If you’re too busy to focus on niche long-form content, you’ll likely prefer products like Axios. News is delivered via email and written using bullet points so you can focus on the main ideas. Axios itself is the ideal example as they still break news and do heavy analysis while delivering everything in pithy sentences; other sites will simply summarize things for you. Indeed, there are summarization bots that will also just read articles for you and provide you with shorter versions, so you can avoid reading those 500 long words and focus only on 200 of them!

More aggressive content monitoring and fighting fake news. As politicians and citizens focus on fighting media manipulation – be it for elections or targeting sensitive demographics like younger children on YouTube – there is an opportunity to monitor for fake news, manage content moderation, or detect algorithmically generated videos and images. Facebook alone has around 7,500 content moderators, not to mention other social networks or professional services firms that allow you to outsource content moderation. Startups are raising money for this. The recent launch of UnNews emphasizes both the promise of, and need for, solutions in this space.

Crowdfunding. The ad-heavy business models of newspapers and other content sites aren’t working, and the industry needs to innovate on its business models. Content creators writing about current events, developing podcasts, and writing books are using Patreon, Kickstarter, and other crowdfunding platforms to solve this problem. Once creators establish a following, patrons enable these journalists to create long-form and creative content focused on specific topics or areas. Crowdfunding has been used to fund authors, niche news, sports reporting, and more.

Philanthropic business models. The scaled version of the crowdfunding model above is to have extremely wealthy patrons own entire publishing houses. Jeff Bezos owns the Washington Post, Marc Benioff owns Time Magazine, Patrick Soon-Shiong owns the LA Times, and I’m sure there is more to come.

AI-driven helpers. Before we fully automate news creation we’ll be helping reporters dig through data and do analysis to help them be productive. At first, AI-driven helpers could digitize data, or automatically read long reports (e.g., the 1600-page IPCC report or the 300-page Mueller report) to provide a reporter with tidbits they can then report on while their peers are still reviewing the documents.

Related to the above, breaking news via data streams. If you think about the news today, a lot of it is reporting on quantitative metrics. At the end of a day, you’re probably interested in where the markets have ended up, or what the price of stocks you follow was at the time markets closed. At the start of the day, you care about the weather forecast; whether or not it will be raining or snowing or cold. These are examples of data streams you already follow, even if you don’t consider them as such. They’re great examples of news content that an artificial anchor could convert into a pithy video, or a generative algorithm can convert into a narrative flow or text.

AP’s automation of sports writing and investment reporting is a good example here. Since the stories here are highly dependent on data streams (points scored, closing prices of stocks, etc.) automating the content creation is significantly easier than other, context-heavy and one-off events. At its simplest form, rather than have a person write an article, an algorithm can have a madlibs-like verbal canvas where it fills in facts from a data stream instead.

OpenAI recently shared a generative model that creates coherent paragraphs of text. These types of models are used to automatically generate content for Youtube, spam sites, and so on. While OpenAI’s text algorithm does not understand the words themselves, such an algorithm really just needs to ensure the content is entertaining enough for the listener, viewer, or reader. Using something called transfer learning, it might be possible to train data sets on larger collections of text and then transfer this knowledge over to a specific set of news articles.

Algorithmic writing and anchors. If you really want to automate the entire news industry, just replace the celebrity anchors and writers with bots. Xinhua New Agency’s AI-driven news anchor is an example. Not only are artificial news anchors cheaper in the long run, but they are going to be free from scandals and could work across any number of languages and hours in a day.

Reaction videos and social content. One could argue that this is a form of social media, but I’m including it here because I believe that we’ll have more forms of social news and shared news – things like livestreaming major political events on Twitch or Youtube for example. I believe such content is more approachable for today’s younger audiences and could be a good opportunity to build a millennial subscription base. Today, such content can be quite varied, from watching university admissions results to unboxing toys. In the future, this might focus on livestreaming political events (e.g., watch an election on Twitch), sporting events, and more.

New media channels and delivery options. Apple News+ is a good example of reinventing how news is delivered – from requiring you to have multiple newspaper subscriptions to consolidating everything into one monthly fee, just like Netflix. This won’t work for everyone, however – the New York Times and Washington Post both have limited content on News+, and long-form, niche communities don’t appear on News+. There will be more innovation in this space in the years to come, but suffice it to say that the creation of channels and customization of delivery options is a major opportunity.

More broadly, news and content consumption is changing as well: as commutes get longer, more people listen to podcasts, with 17% of Americans listening to podcasts weekly in 2018 (up from 7% in 2013). Another example is Atmosphere, a news offering meant to be played specifically in bars or TVs where sound is muted. As consumers have access to new technologies (smart watches, foldable phones, 5G, and more), and as consumers change the way they go about their daily lives, there will be an opportunity to innovate on content creation and delivery.

Local news and minority voices. One problem with many of the trends above is that they tend to aggregate content within a few small networks. They also focus content creation on major news events at the risk of losing voices from local news and minority groups. The demise of local news is a major issue – lacking coverage of municipal politics is seen as a threat to stable governance, as such news is often what keeps local politicians and government services (and businesses and others…) accountable to the public. Government funding does exist to support local news (e.g., funding in Canada), which follows the non-profit trends I mentioned earlier, but I do believe more can be done or explored to generate local news content or ensure we hear from communities and groups that typically don’t have coverage in the mainstream press.

With all of the above in mind, here are a few ideas for businesses or business models for this space. None of these have been vetted or analyzed in-depth, but I want to keep a list as I explore this space further.

This is still very much a work in progress, but I wanted to share the ideas above and see what sticks and what does not. Let me know if I missed anything or if you’re interested in exploring any of the ideas above.

Top photo by Julius Drost. A special thanks goes out to Karen Ho, Rachel Pulfer, and Andrea Yip for their feedback on this piece.